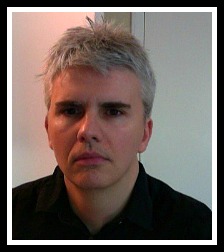 John is a 3rd grade teacher for Durham Public Schools entering his 4th year in the district after moving to Durham from the Boston area in August of 2013.  He is currently serving as treasurer of the Durham Association of Educators and has also been co-chairing a committee that DAE has formed to address issues affecting Latino students and families in the Durham Public Schools, including organizing resistance to ICE raids in North Carolina.

John is also a musician and recording artist most known for his work in the 1990's with the group The Folk Implosion.  His experience with both independent and major corporate record companies and the role race plays in American popular music and culture led to his current interests in the connection between corporate power and poverty, and in anti-racist education and activism.

He also cites the politically left leaning enclaves within his native "People's Republic of Cambridge" and his alma mater Brown University as formative influences on his social views.

He currently records and performs locally and around the country with his new group John Davis and The Cicadas when he is not busy teaching.  He also blogs about politics and music at his website, johnhdavis.com.  His heroes include Columbo, Vijay Prashad, Sun Ra, and the economist Michael Hudson.